“A visit of one or two days or even a week is not enough in Lumbini. I am surprised when foreign visitors in Lumbini tell me that they stayed in Lumbini only for three or four days.

Even a week is not enough for observing and studying Lumbini, rather it requires many weeks. Lumbini is such a sacred, important and enchanting place that anybody who wants to fully enjoy the visit studying the place needs at least two weeks.” This is the opinion of the master Shi Zhongyong about the importance of Lumbini. But his face did not show sign of happiness when he was extolling about the religious and spiritual significance of Lumbini. Shi is the first member of the Overseas Exchange Committee of the Buddhist Association of China, the Vice President of the Buddhist Association of Shenzhen, Guangdong and the Director of the Chinese Monastery of Lumbini. “But what do you do? There are no physical facilities here.

Chinese in large number are very eager to come here for a visit. They want to come here and study Buddhist philosophy, the place of birth of the Buddha and many things related to these. However, there are no big and good hotels around here for their stay. Whatever facilities are available are also not adequate,” Shi lamented about the lack of adequate facilities for the visitors in Lumbini. He further said: “In China, there are hundreds of rooms in a single hotel and can accommodate large number of visitors. But here the hotels are small. There are few hotels in Lumbini and they are also small and have small accommodation capacity.

Chinese tourists would like to come in a single group numbering in hundred and stay in the same place. There is no adequate room for them here. So, there is need of adequate number of big hotels and other tourism infrastructures to cater to tourists who would like to come here in large groups and see around. I find this lacking in Lumbini.” Shi also offers his suggestion in this regard. He said, “Lumbini is a holiest of places and a centre of faith for the Buddhists around the world. Since it is the birthplace of Lord Gautam Budhha, it is a place not only for the Buddhists but also a place where the international tourists would like to visit out of reverence. Every person in this world wishes to visit Lumbini once in lifetime, not to talk about the people who believe in Buddhism.

Let us estimate the number of people who want to visit Lumbini. So, Nepal should construct not only hotels but the other required infrastructures as well thinking that these many people would one day be visiting Lumbini. This way, there is more possibility of Nepal’s prosperity by means of tourism.” He said Lumbini is also the holiest and revered destination for the Chinese nationals as well and he has found many a Chinese wanted to visit Lumbini once in a lifetime. According to him, the number of Chinese wanting to come to Nepal has further increased after Chinese President Xi Jinping’s visit on October 12, 2019. “The number of Chinese nationals seeking information regarding visit to Nepal has also increased. It can be seen that many Chinese are much enthusiastic in coming here as Lumbini is the destination of a majority of Chinese coming to Nepal,” he observed.

The Chinese tourists coming to Lumbini also look for their culture and art there. Only a few of the Chinese tourists understand English. According to Shi, it would be far better if the government of Nepal paid attention to facilitating the Chinese visitors coming to Nepal in the Chinese language itself and provide other necessary support during the time of their stay here. The first member of the Overseas Exchange Committee of the Buddhist Association of China said they were making initiatives for cultural exchange related to Nepal and China also on behalf of the Chinese Monastery of Lumbini. He believes that these initiatives would help extend the stay of foreign tourists and encourage them to visit again.

Shi said the relations between Nepal and China is centuries old and also sentimental. There are innumerable facts of ancient cultural ties between the two countries. He also expressed his deep desire to bring the Buddhists from China to Lumbini at least one time in their lives. He has been staying in Nepal and that also mostly in Lumbini since the last around 10 years. He is working to strengthen the bilateral ties, especially the cultural ties, between the two countries. A great deal of support on behalf the Buddhist Association of China has been received by Nepal after the 2015 Gorkha Earthquake and even during the ongoing COVID-19 pandemic at Shi’s initiatives and coordination. “Nepal is the most beautiful country in the world. Heritages like Lumbini and Sagarmatha (Mt Everest) are the places of attraction for the tourists from around the world and Nepal should learn to reap benefit from these valuable heritages. It would be very easy for Nepal to achieve prosperity if only the necessary tourism infrastructures could be prepared by keeping tourism development in priority.

There is no need to worry about Chinese tourists not visiting Nepal if only the required infrastructures were in place and there is publicity. “We have the pleasant past in which China and Nepal have exchanged cooperation at times of difficulty. China will extend whatever support it can in prevention and control of the coronavirus pandemic as well,” he said, referring to the Government of Nepal’s providing masks to the Chinese government after the coronavirus outbreak seen in Wuhan of China for the first time towards December-end last year. He added that he found that the people and the government of China were very happy with this gesture of support provided by Nepal albeit in small volume. “Although this assistance provided to China by Nepal was not big in quantity, it had the love of a neighbour,” he explained. Last week, Shi came to Kathmandu and handed over medical goods including one million 337 thousand units of surgical masks on behalf of the Changzhou and Shenzhen Hongfa Temple Charity Foundation under the auspices of Buddhist Association of China, and the Association of Chines Buddhist Monasteries.

He provided this assistance to the Nepal Trans-Himalayan Society. The Society would distribute the medical assistance based on the need of the community and people. The Vice President of the Buddhist Association of Shenzhen, Guangdong and the Director of the Chinese Monastery of Lumbini has distributed face masks and other essential medical supplies to more than 100 Buddhist monasteries, 30 various Buddhist school and 5,000 Buddhist monks and nuns. It was under Shi’s initiatives that a financial assistance of more than Rs 1.15 billion was provided for the reconstruction of and as support to the Buddhist temples that were damaged by the Gorkha Earthquake in 2015. Shi has been mobilizing support on behalf of the Buddhist Association of China to help Nepal at times of difficulty and need. The Global Times Magazine had released a research report just sometime before the spread of coronavirus pandemic, in which it is estimated that number of tourists will massively increase after 2020. This research showed that the number of Chinese searching for information about Nepal had increased by 15 per cent than before. Nepal had projected that more than 300 thousand Chinese tourists would visit the country during the Visit Nepal Year 2020 campaign the government had announced.

But this campaign had to be cancelled owing to the COVID-19 global crisis. Date on tourist arrivals from various countries made available by Nepal Tourism Board (NTB) shows that the number of Chinese tourists visiting Nepal has been increasing in the last few years. Although the number of Chinese tourists declined after the 2015 Earthquake, 154 thousand Chinese citizens visited Nepal in 2018. The figure is much higher than this for 2019. More than 1.2 million foreign tourists came to Nepal in 2019, which is more by 25 per cent compared to the foreign tourist arrivals in the previous year. Chinese tourists account for the most of this increase. The number of foreigners coming to Nepal in the first two months of 2019 had increased by 24 per cent and a large part of this increase was of Chinese tourists.

Chinese tourists make up 14 per cent of foreign tourists visiting Nepal, which is only one step behind that of India. It would be better if the government focused its attention to promoting religious tourism and that also on India and China, as it seeks to expand its tourism industry in the coming days. If only we could bring maximum of Chinese visitors to Lumbini, it would help boost the tourist arrivals in the country. As suggested by the master Shi Zhongyong, it is high time Nepal formulated policy and programmes to reap maximum benefit from its incredible heritages as Lumbini and Sagarmatha, besides other tourism products. rss 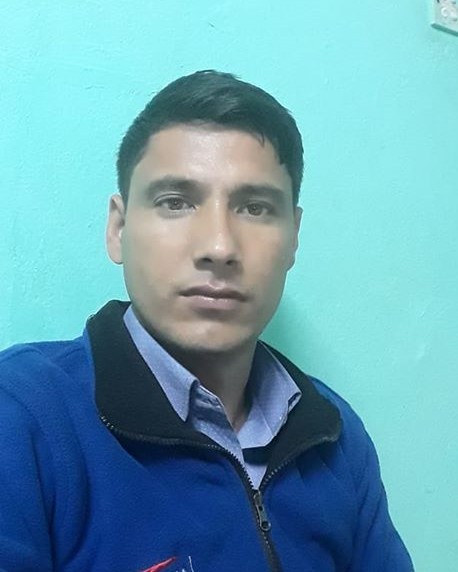 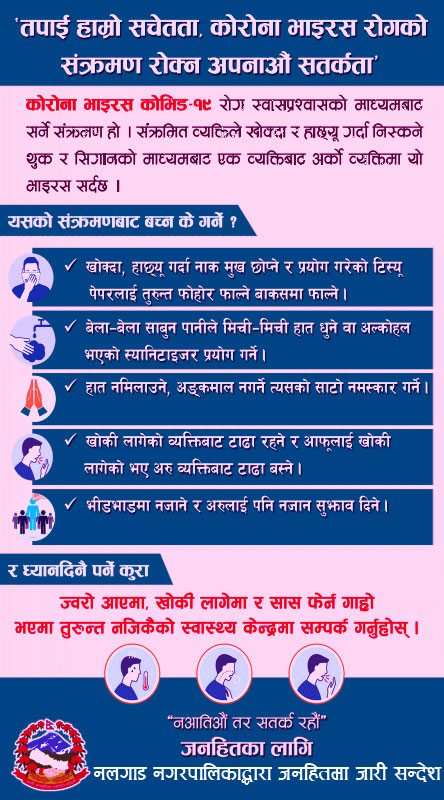 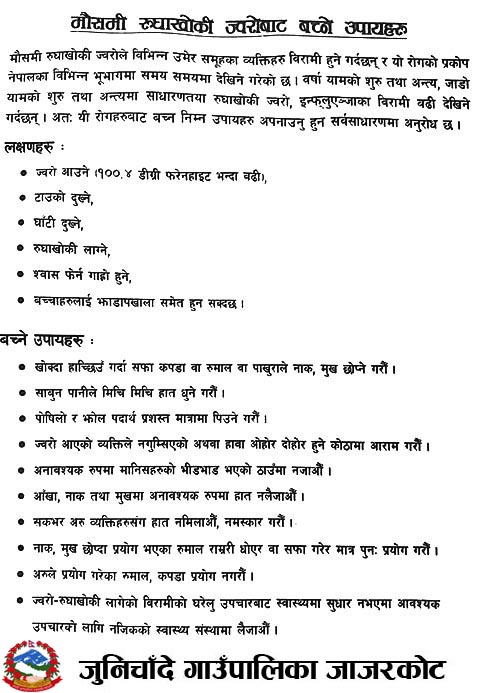